In his over 13 years of working, Richard Seshie had been troubled by the sight of wasted fish in Côte d’Ivoire as small-scale fish farmers took their produce to the market. The waste was because the farmers lacked cooling storage facilities both because of accessibility and affordability.

“In January 2021, I decided I needed to do something about the problem. So first, I spent six months talking to the fish farmers to figure out how best to help them. My focus was on the small-scale fish farmers because a large number of those around me were in that specific sector,” he says.

The solution he came up with was Cool Lion, a company that develops refrigerated containers powered by solar. This not only reduces energy consumption, but makes it easy to deploy them in locations that are off the main grid, such as in rural areas.

The solar-powered portable cold rooms range in size from 10, 20, or 40-foot containers, which means they can be used in farms or for large commercial properties. The cold rooms can store produce for a week and can hold up to 1-6 tonnes depending on the volume of food. The varying sizes mean they can cater to different needs. 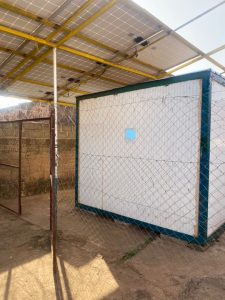 The cost of the refrigerated containers ranges from $8,000 to $45,000 depending on the technical specifications and size.

“We chose to create a pay-as-you-go model as it is favourable for small and medium enterprises and co-operatives that might not be able to pay for the refrigerators upfront,” says the social entrepreneur.

Financial support is also offered under a leasing model, also known as rent-to-own, in which the final customer (co-operative or SME) pays for the container through weekly or daily instalments for a maximum period of 24 months. Once the payment is complete the customers become full owners. The payment terms are flexible as the co-operatives first pay a deposit of $1,000 and then $33 a day until the full amount is paid. 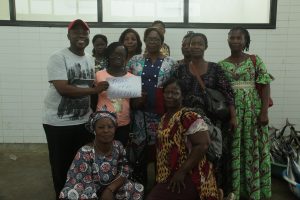 Richard is regarded as a leading startup ecosystem builder and catalyst in Cote d’Ivoire and Francophone Africa. His company’s cold rooms have greatly improved life for farmers, who were previously losing up to 40 per cent of their produce.

These benefits extend beyond the farmers.

“All the materials for putting the refrigerated containers come from abroad, but local technicians have been empowered to assemble them, which further creates jobs for more locals,” he added.

Cool Lion has also partnered with the National Union of Women in Côte d’Ivoire, one of the largest co-operatives in the fish business, to deploy 30 of the cold rooms.

Over the next five years, Cool Lion aims to continue contributing to the decarbonisation of the small-scale fisheries sector, to promote access to productive clean energy, and empower and increase income earnings for women through low-carbon infrastructure.